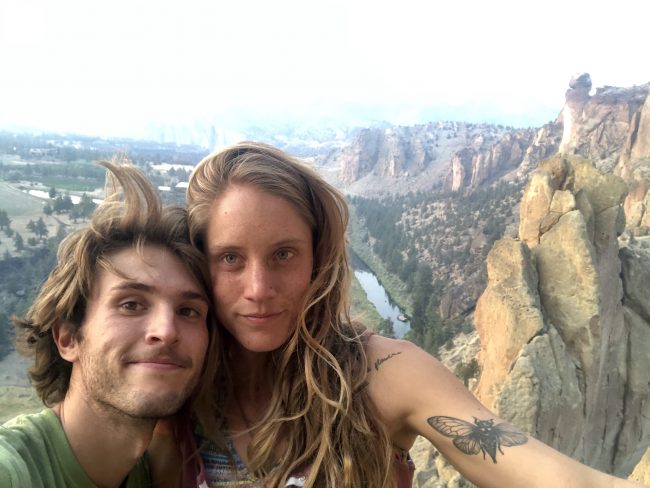 (We could all use a break from politics and impending doom, so here’s a funny personal story I wrote a while back and never shared.)

Last Summer I had a sexual experience with a guy that I’ll never forget.  It sparked so much learning and growth and a new wave of trust and excitement I hadn’t even known I could tap into.

I really liked this guy.  Like, so much.  He was just cute and the funniest fucking person I’d ever met, and I thought he was just so weird and fun and totally got off on the energy I received from him.  Because our friend group was so small and we didn’t want to cause drama, we were trying to not have sex until we really, really got to know one another.  We spent weeks hanging out every day, climbing together, texting all night, and basically dying of blue balls in the name of approaching our obvious attraction to one another with wisdom and trepidation.  You could slice the tension with a knife.

Then one day I found a couple bumps on my vulva and lost my absolute shit.  I had herpes! It had to be herpes! I figured, obviously I had genital herpes; I’d gotten cold sores since I was a kid (which is just herpes – HSV1) and I’d had way too much fun and was way too happy and way too into this guy I hadn’t even had sex with yet for the God of my childhood not to punish me with fucking herpes.

My society-ingrained stigma turned into complete self-loathing.  I went from zero to a hundred; I’d never have sex again, no one would ever love me, I was never going to have any fun ever again, this particular guy would be grossed out and leave me, etc. etc.

We met up that night to make out in the woods and I bought a pack of cigarettes, told him I had to tell him something, and we sat in the back of my car while I cried and cried and smoked like twelve cigarettes in a row, one after the other.  I tearfully told him about the bumps and my herpes fears, and braced for him to bail.

WHAT?!?!?! That was not the response I’d anticipated.  He went on to explain that as a teenaged hypochondriac and a guy who still deals with mild OCD, he’d gone through phases of thinking he had every STD in the book, even before he’d lost his virginity.  He said he’d been obsessed.  He’d spent hours scrolling WebMD, inspecting his junk, reading statistics and forums and looking at gnarly pictures of gruesome genitals.  His research had lead him to understand that A.) he should probably go to therapy and B.) the herpes virus was chill as fuck.  Especially the most common type, which is HSV1, which I got as a kid along with almost everyone I’ve ever talked to about cold sores.  When I made my appointment at Planned Parenthood, they told me they don’t even test for herpes anymore unless you specifically ask, because it’s so common and they don’t classify it as an STD.  It’s just…you used your mom’s straw as a kid and now when you get a cold, your lip gets this weird, painful pimple.

Anyway, the guy just held me and let me cry and chain-smoke and he reiterated that it wasn’t a big deal, and it obviously didn’t change how he felt about me, and since it wasn’t like I could do anything about it right then, I shouldn’t worry too much.  Also, wanna make out?

We’ll come back to this because I have THE most Bend, Oregon story about my Planned Parenthood appointment, and it’s hilarious.  Spoiler; it was razor burn, but I’ll never forget how this dude treated me when we thought it could be herpes.  It sparked my own googling, my own Tedtalk watching, my own investigation into the stigma surrounding STDs.  I’m thinking about it today because I just met my roommate’s friend who announced it was just a pimple on his lip (I hadn’t noticed?), not herpes (ok?). I thought, hmmm, this guy hasn’t dealt with his internalized stigma surrounding the most common STD/mom-given infection in the world.  Why not?

And the “why not” is that no one talks about herpes candidly.  I mean, except a couple of my friends I’ve talked to about it who actually have genital herpes.  They’re candid.  They’re like “oh yeah, its a thing and I don’t like it, but it literally hasn’t affected my dating life or my career or my self esteem at all so I don’t really GAF.”  Its like if you haven’t had a scare, or actually had a  breakout or loved someone with it, you just don’t know anything about it.

Facts; about 67% percent of the global population under the age of 50 has HSV1 (cold sore herpes) and about about 11% of the global population has HSV2, which is the less-chill version. It’s estimated that 1 in 2 Americans have HSV1.  You know that’s you if you’ve ever had a cold sore.  You know what that means for your life?  If you have a cold sore, you shouldn’t kiss or perform oral sex on someone.

You know what?  Google is free.  Facts are boring.  I think it’s more important to talk about the shame and stigma surrounding people who have STDs or STIs, even harmless ones like herpes.  The word itself is a cheap pop-culture joke I’m even guilty of using in the past.  People are led to believe only irresponsible, Slutty McSkankerpants’ get herpes and that it’s a consequence of being bad, instead of just a pretty boring byproduct of being a human.  The only thing dangerous about herpes is the hatred and shame surrounding it. I literally chain smoked poison and cried about my budding relationship and future sex life being over because of the misinformation and social hatred and media mockery made out of herpes.  I wanted to crawl into a hole and die.  I lost sleep and valuable hours of my day prior to The Conversation stressing about it.  It took this funny romantic interest hugging me and rattling statistics for an hour to get me to calm down.  It took his reassurance that he still wanted to jump me every time we hung out for me to realize, jesus christ, I wasn’t suddenly undesirable or ugly just because I had a fucking infection that MOST people have.

Anyway.  I went to Planned Parenthood shortly after that, got all naked and up in the stirrups and laughed out loud when my nurse was like, “sorry, our light broke.  I have to use this headlamp.”  How classically Bend, Oregon, is that?!? I could’ve died. This woman donned gloves and a Petzel HEADLAMP and got all up close and personal with my vagina and went, “do you reuse disposable razors?  This is razor burn.”

“…I want a second opinion.”

So in came the head OB/Gyn with another woman who I guess was shadowing her?  They introduced themselves, I told them about God and how I just wanted to have sex with this hot guy I’d started to date, and the head OB/Gyn took the headlamp from the nurse and got all up and personal, too.

“Have you been using a dirty razor?”

It’s like they knew I lived in a car; toothbrushes, razors, climbing chalk stashed all willy nilly all over the place.

I now had three women and a headlamp staring into my vagina telling me their opinions and showing graphic pictures of herpes, molluscum contagiosum, HPV, and razor burn on the computer monitor.  After a while, they agreed to run a PCR test (they just scrape a couple bumps and check it out), a blood test, and sent me on my merry way with a goodie bag of condoms.

They were right and I was wrong, and after a couple days of not shaving all the bumps went away.

But I’ll never forget the lesson those bumps taught me about myself, and how susceptible to believing shitty slut-shaming stigma about STDs I am.  I’m super grateful for the panic-googling I did and everything I’ve learned since, and I’m so glad my romantic interest was educated, compassionate and patient during my panic.

And yeah, the buildup was worth it. 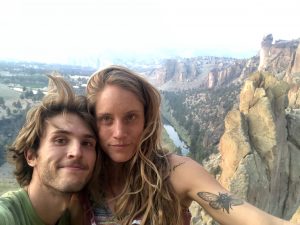