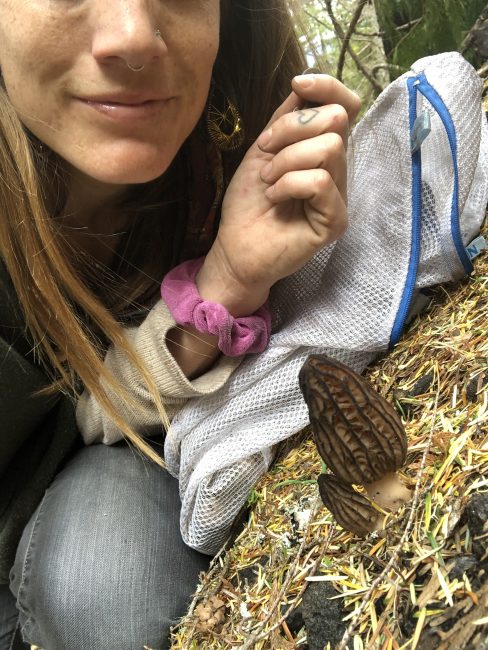 I sat across from the woman with my ankles crossed, palms resting on my knees, slightly leaning forward to match her posture.  I wasn’t going to close my eyes though.  That seemed like a fortune-tellers only kind of thing.  She started telling me about a circle of women holding hands; did I have that kind of community, or did I want that kind of community?  I told her I wanted it.  She nodded, closed her eyes again.  She told me she saw a statue that needed to be chipped away at so the beautiful, soft thing beneath could shine through; did that resonate?  Why, yes.  I do feel like I have a tough exterior that protects my soft, vulnerable underbelly.  Encouraged, she told me she saw that the tough exterior was learned in childhood, from family?  Was that right?  Honestly, sure.  That checks out just fine.  I could feel myself getting slightly emotional against my better judgment as she continued to talk about the beautiful, vulnerable thing beneath the hard exterior, how if it could only be exposed I would find that community of women holding hands. She said she was communicating with my “guides” and they wanted me to know I was “seen”.  I could have wept.

I could almost forget about the $33.33 “energy exchange” I’d paid at the door to be here.

Full disclosure; I have had some magical, emotional, mystical experiences in my life, many of which involved substances you’re warned off of as a kid.  I was psyched to find some crystals on that big Idaho hike and I’ve kept them with my other special trinkets; pretty rocks, shards of meaningful broken pottery, red dirt from Moab in a little spice jar, etc.  I follow Enneagram meme accounts and I own a tarot deck. I leave sugar and wine and candles out for my dead on November 2nd, too.

I believe in something spiritual, even magical, and I’m grateful for the loved ones I’ve been able to share the mysticism with.

But something about calling my payment for this “healing space” open house a fucking energy exchange really bunched my panties.  Let’s call it supply and demand and move on.

Because there is a demand, and the droves of crooning witches are supplying, and whether or not they’re real fortune-tellers, the money they’re earning from women* like me certainly is.

And women like me are like this; craving connection, desiring healing from our misogynistic childhoods and cultures, suspicious there’s more to life than the physical, and desperately seeking some semblance of order and power within a culture that is inherently violent toward us.  Scroll Reddit’s news for two minutes and it’ll show you how vehemently furious the world seems to be at women.

So what do we do, we disenfranchised women living in this silent, uniquely female horror?  Which industry do we sell ourselves to? Where do we find our pre-packaged healing, our safe empowerment, our liberation from our terror of the world?

Why, witchcraft, obviously.  We’re the daughters of the witches they couldn’t burn or something, except no one was burned at the stake for being a witch, you guys.  They were just hanged.  Semantics…

I left the fortune-teller’s room after my allotted time was up and joined my friends in the lobby, bemused and introspective.  I do want more non-masc friends, and I do want to drop the withholding, bitchy exterior that’s kept me “safe” for so many years.  I do crave vulnerability and community, and if spending more than four and a half hours of Federal Minimum wage to hang out with my girl friends and talk about our feelings would pave the way for that, so be it.

I was out in the lobby talking with my friends and this guy who has a “gift” for seeing our past lives in some special book (I’m probably butchering this belief system.  Sorry) and trying to let my guard down a little.  Chip away at the pragmatic, post-Christian exterior.  (He’d told me my spirit animal was a spider and my past lives were spent in forests.  He was pretty good, see?)  But while we spoke, I kept gazing off toward the shelves in the shop, where you could purchase healing sounds on hard drives for like sixty bucks as well as various tarot decks, books about spirits and vibrations, and of course, Palo Santo sticks.

I could feel my eyes glazing over, staring at the sticks, listening to the man drone on to my wide-eyed friends looking for answers, for healing, for direction, for encouragement.  Palo Santo has been used since ancient times in indigenous cultures to purify and cleanse the soul.  While the trees mature relatively quickly (50-70 years), “the only way to get the full benefit of this tree is by letting it die naturally, and allowing it a four to ten year resting period on the forest floor. This is where the resin forms, the scent associated with Palo Santo.” https://forageandsustain.com/why-we-need-to-stop-using-palo-santo/

While Indigenous populations have been decimated by colonialism, forced labor, sex slavery, forced assimilation, destruction of land and waterways, etc. etc. etc. from Columbus to our current for-profit prisons, white folk have continually stolen and benefitted from the same Indigenous practices we forced people into catholic missions to dispel of.

Currently, the overharvesting of Palo Santo in Peru, Ecuador, and elsewhere for consumption in Western countries is devastating not only to the habitat but to local cultures they’re indigenous to.   Palo Santo was recently moved off the endangered list, but white sage is still there, due to over-harvesting and selling to the wealthy white countries who’ve been benefiting off Indigenous oppression (whether they’re aware of it or not) for centuries.

So my eyes were glazing over.  I was thinking about climate change and systemic oppression, of genocide, of stealing from an already stolen-from culture so we can “heal”.  I felt ashamed for my $33.33 spent here; I felt like I could have raised my vibrations more effectively if I’d just given thirty bucks to the first panhandler on the street corner I passed en route to this event.

I tuned back into the conversation.  Someone was talking about mental illness.  She was talking about her experience loving someone with bipolar disorder, and someone else casually explained that a lot of what we call “schizophrenia” or “bipolar disorder” is just people experiencing different “entities”.  I guess an “entity” who causes schizophrenia-like symptoms is just someone who got trapped on planet earth after dying and was holding on too long to this realm.  We just had to help them move on.  There’s a book on the shelf about it, actually.  It’s only forty bucks…

So…yeah.  That’s where the fun kinda ended for me.

Because we’ve done this already.  We already believed in spirits and demons possessing people, causing illness or bad luck.  We already believed in exorcisms, in starving out demons, in beating the possessed, in laying hands on someone dying of cancer. Suddenly it all hit me that we’ve already as humans learned that it’s mental illness, not ghosts in your blood, making people see visions or talk to beings that don’t exist. Joan of Arc was unwell. We know what’s going on now and we’ve worked hard to learn to treat it, first horrifically in asylums and hopefully now more compassionately, destigmatizing the experience.

It hit me how harmful these desperate yearnings for spiritual guidance could be, and how predatory.  I have a little in savings, but between school and looking for more meaningful work I just don’t have thirty bucks to toss around, and one of the friends I attended this with talked a lot about her financial woes in the same breath she beamed about all the energy clinics, witchy books, tarot readings, etc. etc. she was spending all her money on.

It felt like I was eighteen again and tithing $12-$20 every Sunday when I could barely pay my bills, desperate to be loved by a God I couldn’t afford.  What is spiritual healing worth to you? Entire paychecks, I guess.

The intersection of the woo woo festival girls and their conspiracy theorist republican dads isn’t a new concept to anyone, but it’s worth pointing out again.

The woo woo girls don’t get vaccinated, and neither do their republican fathers.  They want to have unbothered fun, and their dads want to protect their private property.  They don’t want to deal with the realities of institutional racism and class injustice, and neither do their republican fathers.  Who cares about poor brown people in Peru when I have air to purify in my new apartment?  I can afford Palo Santo sticks (which fun fact, are cut down before they die naturally and collect that special-smelling resin, and are therefore laced with synthetic chemicals to give you that good-good smell when you burn it) so who cares who can’t?  I deserve healing.

Spirituality is an industry.  The spiritual industrial complex, if you will.  It sells meaning, empowerment, self-importance, and magic to (mostly) non-masc individuals the way multi-level-marketing schemes trick Christian women into thinking they’re girlbosses instead of duped.  I’ve wanted to shake my religious friends out of their oppression the way I now want to scream into the abyss that we’re not being healed, we’re being bought.  Its like the tobacco industry convincing me that cigarettes made me cool and dark and mysterious to the point where my health still suffers and I’ve spent thousands of dollars on poison.  The spirituality industry costs us money, and our time and labor.  Its as oppressive as any church, and it distracts us from the truth, which is that our healing cannot exist outside of fighting for the oppressed. We can’t turn a bind eye to climate change, to slavery, to the mind-boggling suffering in this world and call it healing.  Its not witchcraft to distract and placate ourselves out of actually working to dismantle the oppressive beliefs and systems that have harmed us as well as people all over the world in the first place.

I can’t believe the ads I get on Instagram and Facebook these days.  You wouldn’t believe what they’re selling. 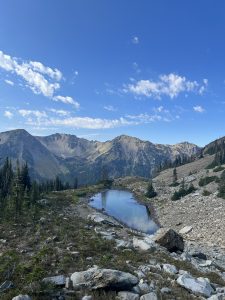 ^I experienced magic here at this lake.  It was free.

I’ll never get my thirty-three dollars back from this night, but I’m glad I had the experience.  It was a good reminder that spirituality co-opted by Capitalism is dangerous and predatory, and my healing does not exist in a vacuum.  I am only as free as my global community is free, and my spirituality shouldn’t cost indigenous populations their land, their water, their practices, their livelihoods, etc. etc.

For further reading, I recommend this article on The Gentrification of Consciousness.

*women, men, non-binary folk, everyone from every gender or lack thereof can be prey to these industries. I just see it expressed mostly in cis-gendered women.